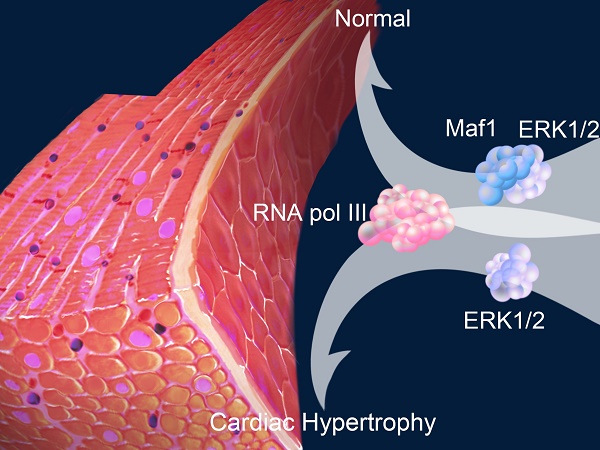 Methods: Cardiac hypertrophy was induced in vivo by thoracic aortic banding (AB) surgery. Both the in vivo and in vitro gain- and loss-of-function experiments by Maf1 knockout (KO) mice and adenoviral transfection were used to verify the role of Maf1 in cardiac hypertrophy. RNA pol III and ERK1/2 inhibitor were utilized to identify the effects of RNA pol III and ERK1/2. The possible interaction between Maf1 and ERK1/2 was clarified by immunoprecipitation (IP) analysis.